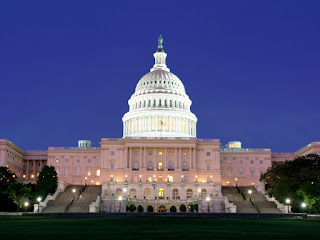 Joseph McClain's estate record Page 29 Rockingham Co. NC, May 4 1804, probate May 1805; Wife Nancy, daus; Nancy, Mary, Betsey, sons; Charles, Thomas Mccain, George, Joseph, exrs; wife Nancy McClain, friend and neighbor Joseph Scott. Wit; John Lynn, Thornton Lynn, Young Lovelas. In addition to land where he lived, a lot in Georgetown Maryland is mentioned.
We have thought that Joseph married a daughter of John Powell named Nancy.  I think now that this Joseph is closer to John Powell's age than his children's age and I think Nancy McClain was likely Nancy Whalebone, John Powell's half sister.  I found references to the above Maryland records on the net that say Joseph McClain's father John McClain (Patsy will like this) once owned a farm in Maryland called The Gleanings, inn 1739 he purchased  in a part of Prince George's County that subsequently became Montgomery County and is now down town Washington DC near the White House (Ref 3,4).  When the real estate deal was put together to form the District of Columbia the brokers secured options to buy much of the land involved.  John McClain had executed two bonds to sell The Gleanings but he died in 1790 (Ref 5)before the deal was consummated (Ref 3. In his will (Ref 5) he left most of his property to his children who were unnamed.  The investors had to track down each of the children and purchase their interest in the
estate.
Joseph McClain was one of John's sons that went to Maryland to sign documents relating to this land.  You can read my notes here:
http://wc.rootsweb.ancestry.com/cgi-bin/igm.cgi?op=GET&db=fletaaday&id=I4245
And, I think that Peter Powell was likely a son of Charles Powell and Rebecca.  We know John had sons named John, James, and Charles.  Peter Powell was born in 1779 so it is not likely he was John's son, more likely a grandson.  Robert Lyon, who was likely Peter Powell's stepfather,  died in 1804 leaving a wife Rebecca and several Lyon children.  There are stories in the Peter Powell family that his mother was known as Granny Lyon.
I have found records that James Powell died in the 1840 and I have found records for the son John that would eliminate him as Peter's dead father, but I have not found any record that I can identify as Charles son of John after John's death.  Peter had a brother named Charles.  I think it is likely that Charles, son of John was Peter's father.
Anyway, I did find that Peter Powell and Robert Lyon lived on Moon Creek in Caswell County.  John Powell and the Whalebones lived on Hogans Creek.  On the map below, you can see these two creeks are very close together. 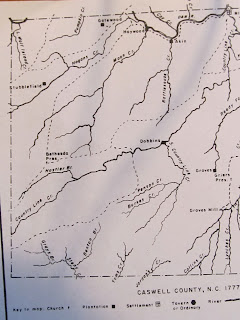 They have a lot of documents from this family including letters from Peter's sons in Missouri sent back to other sons and family in Caswell Co. NC that are online here
http://ncccha.org/pdf/powell/williambpowellcorrespondence.pdf

It is interesting that they are related to a Robert Lyon and we thought that John might have had a daughter that married a Lyon.

Patsy wanted to know where the person that sent the message lived which I did not know, but I do now.  His name is Elvin Myers and if you scroll to the bottom of the page for that first link, it tells where he lives.

I have written back to him offering to pay for a DNA test of his line if they have a living Powell that traces back to Peter to test.

Family is haying today.  Pictures to follow.
Posted by Sister--Fleta at 2:17 PM 2 comments: 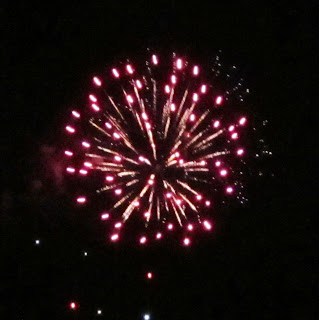 I told you so.  He said they would not convict the little mother because nothing was proven.  I really thought they would find her guilty just because.  He was right.  A first time for everything.

We have ripe tomatoes.  Later in the week, I will take some bounty to sister on chicken ridge.  Not tomorrow.  Last week Lane was here and feeling  bad with a fever and headache.  Like a good grandmother, I made fun of him and called him whimpy.  Today I have a headache and a slight fever.  I hope he feels sorry for me.

The above photo was fireworks at Berryville last night.  My old camera, like the one Helen has, had a special setting for fireworks and took really pretty fireworks photos.  With this one, I was on my own and they are not very good pictures.
Posted by Sister--Fleta at 6:35 PM 2 comments: 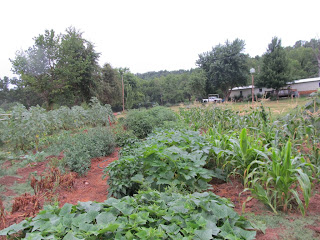 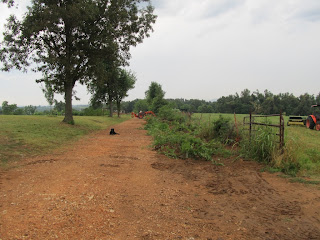 George is celebrating by cleaning the fence row down by the gate.  We cleared it 2 years ago but it had really grown back with lots of weeds and brush. 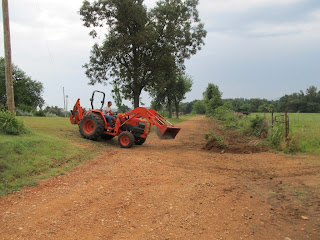 It looks so much better now.

We got a little rain and it is overcast and about 80 degrees.  We are loving it.
Posted by Sister--Fleta at 11:54 AM 3 comments:

I read yesterday that a man in KC was arrested for sexually assaulting a women on the sidewalk in broad daylight.  The woman says she was walking along and felt faint and passed out on the sidewalk.  I am guessing she had been celebrating a bit much.  A man starts assaulting her.  Several people pass on by, but two people came to her assistance and called the Cops.  The offender had an excuse for  his bad behavior.  He said, 'I thought she was dead.'  This is Winnie Jo's corner of the world.

Then there was a woman found dead in a swimming pool.  She had been dead for several days but no one had noticed her body in the pool until it floated to the surface.  I don't remember where this was, but it is likely also somewhere around Winnie Jo's neighborhood.

That's all the news I know today, except it is Hot here.
Posted by Sister--Fleta at 7:03 PM 1 comment: 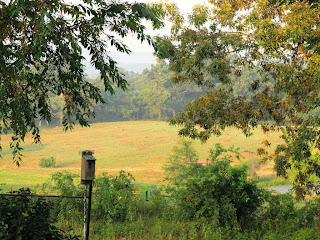 More hay bailed yesterday.  Shannon Rohde is supposed to come haul it off today and they may bail our side of the road tomorrow.  It was cooler last night and this morning.  Someone got rain, but not us. 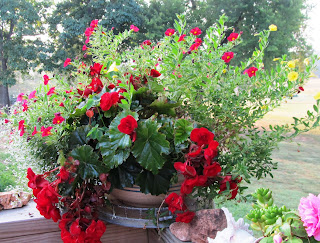 We have one more new window in and another one ready to take out.  Maybe by Tuesday they will all be done.  Maybe.
I saw one deer on the salt block today.  The deer do not like the pasture with no place to hide.
Posted by Sister--Fleta at 7:20 AM No comments: