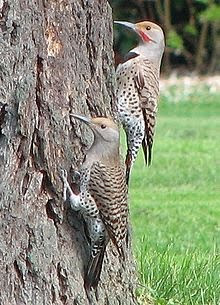 I think this is Betty's bird. Somewhere I have a bird book, but my books are stacked all over the house since I moved the shelves out of the back room and I can not find this book. I found this on Wekepedia. It is a Northern Flicker. There are Yellow-Shafted Flickers and Red- Shafted Flickers. Betty's picture taking abilities are so lacking that it is impossible to find any colors on her photo other than faded brown and gray. What puzzeled me about the photo, was that the bird looked like a woodpecker, but was on the ground. Here
http://en.wikipedia.org/wiki/Northern_Flicker
the article says: 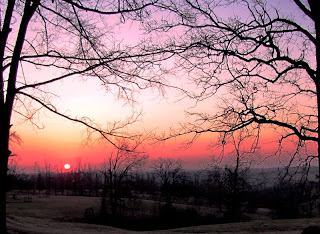 It is going to be a beautiful day. It is 50 degrees at 9 am. George had to go to work today. His first real day at work after training. He is not delivering or taking the census. He is checking to see if there are mistakes. I thought in years past the census came in the mail, but this time at least, they are delivering it to your door. Me and Clayton got ours yesterday. Yesterday, George checked a section (he said about 80 buildings) in Madison Co. as his last training day. He found an error, so today he has to check 2 areas in Carroll Co. over by Rule and then go to Madison Co. and re-do the area he failed yesterday. If it was me, I would not be finding any more errors, but that is not George's way. He will do it the way he is supposed to, no matter if it makes more work for him. It may be that he just goes out and checks an area and then his supervisor compares what he records with what the person who did the work recorded.

Anyway, I have the day to myself to do with as I want. I will not be cleaning house, even for 15 minutes. One thing I dread about getting the remodeling completed, is not having and excuse for a lot of mess. Right now, I have things from the back bedroom all over the house, because we need to get the trim finished and installed before we move all the furniture back. George said we could move it back and work around it, but I don't see why we would need to do that. We got unfinished 1X4's to make the trim. We are going to stain it and then seal it with potheleyn (sp checker did not know how to spell this eaither). But, Junior says George needs to take the boards down to Frank's first and cut the top at a 45 degree angle so dust and crud will not settle along the top edge. Since George is working, it may be a while before he gets this done. He can work up to 40 hours a week. I am not sure how much he will actually work. The job will last to July, I think. If it takes till then to get the trim done, I may have to rethink moving the stuff back into the room.

Now, we have to get the kitchen cabinets out so we can paint it. When we get the kitchen painted, we can put down the living room floor. I am not putting that floor down until we are finished painting in this area.

I have the day to do whatever I please, not that I don't do that anyway. I do not please to clean. I may please to finish painting my genealogy file cabinet. It was off white and I am painting it black to match the other things in the back room. I wanted George to tell Junior that I had decided to paint the trim in the back room black to match the other things instead of staining it, but George would not do as told. I don't know why he has to be so obstinate. I always do what he tells me to do. That is what I should have done before he left this morning. Ask George what he wanted me to do today. Since I forgot to do that, maybe I will just not do anything until he gets home at 6 pm. I would not won't to do the wrong thing. Sometimes at work when something is done wrong, I tell them it could not have been me because I did not do anything. Brother taught me that.

Helen, it is naught as in zero, not not. I am doing naught today.
Posted by Sister--Fleta at 9:14 AM 3 comments: 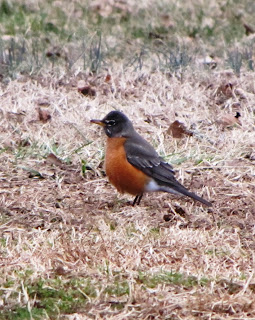 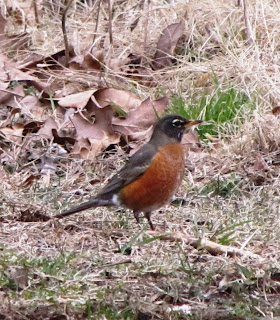 Today at work I was looking at the company website for employee discount software that we are eligible for. I found several surprises including one that might prove useful. A discount on caskets.
Posted by Sister--Fleta at 5:54 PM 2 comments:

Larry's brother, Doug, made the Akransas paper today. He lives along I40 and a truck crashed right in front of his house. His wife was evacuated because the truck caught on fire and it took them a while to get everthing under control. The truck crashed into a pickup setting at the side of the road because of an accident that had occured earlier. That pickup was involved in an accident with Raymond Aday. I am not sure exactly who Raymond Aday is, but I am sure he is a relative.

Then, a story has been running in the Harrison paper about a park ranger in the Buffalo National Park that shot a beagle saying it was harrassing deer. A lot of people have commented on the newspaper website, mostly wanting to hang the ranger. One talanted person wrote a poem about the situation.

Ranger Rick was a man’s man
Proud of the badge that he wore
They were relieved to see him graduate
From Ranger School, Class of ‘04.
Ranger Rick did his job well
He said he was a ‘one-man team’
He was a long, lean, tight, mean
Regular ranger machine.
He hated the title “Ranger”
When he heard it, he felt a burr
So, he required those he intimidated
Call him, “Captain, Sir!”
He’d personally measure the distance
From your tire to the edge of the curb
And, yep, he’d write you a ticket
If a trashcan lid was disturbed.
For putting his life on the line
He surely deserves our thanks
He personally saved our nation
From overfilled scuba tanks.
So when Peewee, the ten-inch beagle
Held hostage the deer in the holler
Ranger Rick was cocked and ready
To blast Peewee out of his collar.
With the cool and calm of Dick Tracy
Ranger Rick yelled, “Freeze!”
He ordered the ten-inch Peewee
Drop immediately to his knees.
But Peewee was just a beagle
As they say, the best friend of man
He joyfully ran to Ranger Rick
And licked Rick on the hand.
This was all new to Ranger Rick
Something that he couldn’t handle.
There was nothing about licking dogs
In the US Park Ranger’s Manual.
So Ranger Rick put duty first
The law simply can’t be abused
He filled Peewee with all those bullets
He’d never had a chance to use.
The story ends with a moral
I didn’t write this for fun
I ask you:
Which is more dangerous
A beagle or Ranger Rick’s gun? "
Posted by Sister--Fleta at 5:54 PM 2 comments:

Helen,
I convinced her that I thought she had blocked me from posting comments on her blog. That made my day. I am still using IE 6 which is way outdated because my computer will not install IE 7 or 8. I really like 6 better, but every once in a while, some web page says I need to update my browser. I am sure the reason I can't post comments on Helen's blog is because of the older browser. I have a new version of Foxfire and it will let me put comments on Helen's blog, but I do not like Foxfire. I know it is supposed to be so much better and safer, but it always takes so long for anything to load.

I can post comments on Helen's blog from work, but usually I just look at the blogs from work and do not comment. I try to limit my use of the blogs at work and never post to my blog from work because I do not want the company to block them. They already block all that facebook stuff that so many people love so much and today, they had blocked Yahoo.com. I am thinking that was just a mistake. I can't believe they would block the entire Yahoo site. They blocked all the net email sites years ago. I know that many people at work use Google and Yahoo to search for things work related even if a lot of what we all do on the net is now work related.

Anyway, I pulled one over on Helen with the blocked comments.

Now, Patsy, tomorrow George goes to start training for his new tempory job as a census taker, so if he pulls up to your door with his government form and starts asking questions do not shoot him. He will probably work till sometime in July. It is pretty good money and he gets paid milage for his truck. I hope he counts lots of people so we get lots of bama money for northwest Arkansas.
Posted by Sister--Fleta at 8:14 PM 2 comments:

Best toy in the house 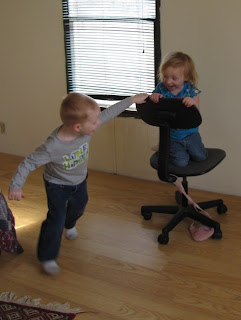 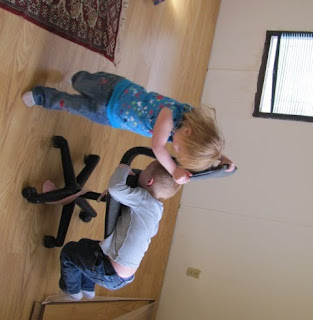 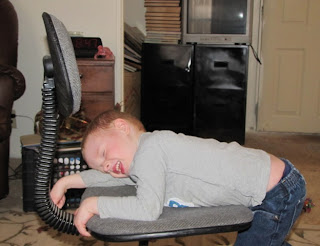 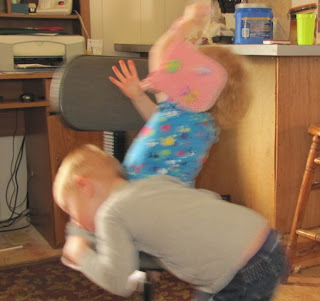 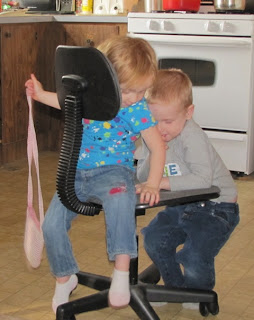