I was wondering about Patsy's friend James.  Searched and found his obit here
http://www.heartlandfuneralhome.net/obituaries/James-Furry/#!/Obituary


and several photos placed here by his loving family, including this one from 1940 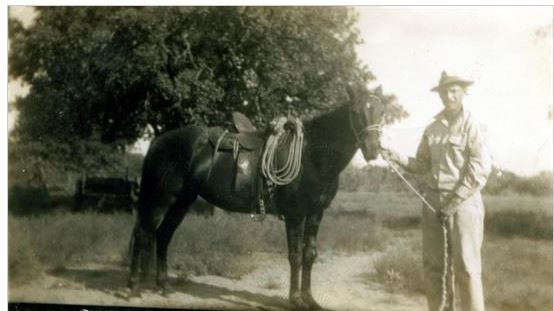 says
Papa and his horse, at the old Furry homeplace north of lake Brownwood. Circa 1940s


There is even a video.  Patsy would love to see her friend and hear his stories.

James Thurman Furry was born December 22, 1919 in Byrds, Texas to Claude Franklin and Bertha Ann Mallone Furry. On December 8, 1940 he married Odessa Mae McGuire in Grosvenor, Texas; and she preceded him in death on February 24, 1997. James entered the Army Air Corps on November 29, 1943 in Dallas, Texas. After proudly serving our country during WW II, he was honorably discharged as a Corporal at Sheppard Field, Texas on November 2, 1945. He attended Daniel Baker College in Brownwood, worked in the oil industry and was a Petroleum Engineer with Russell Engineering in Abilene, Texas ,when he retired in 1981.
Survivors include three daughters Thurlene Joy Price and husband Roy of Cloudcroft, New Mexico; Linda Darlene Payne of Brownwood, Texas; Judy Kay Trollinger and husband Michael of Brady, Texas; daughter-in-law Ginger Furry of Silver City, New Mexico; nine grandchildren, fifteen great grandchildren and numerous great great grandchildren, nieces and nephews. He was preceded in death by his son Larry Wayne Furry of Silver City, NM; three sisters Thelma Adele Furry St. Ama, Jewell Elizabeth Furry Wyatt and Emily Claudean Furry Windham and by one brother Charles Troy Furry. 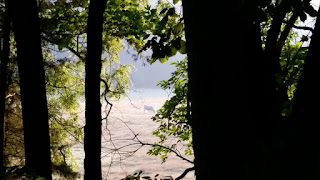 Okay I am walking well  actually  I got to the Blue Gate And now I'm going back homeIt was 64 degrees this morning And I just couldn't resistMost days I have been resistingThis is all run together Because I am doing Helen thing And Talking into the phone to write thisIt is working much better than when Helen does it because I speak so much More clearly than Helen As you can see But I don't know how to put in Paragraph Or periods Or spices Certainly not buy it said spices instead of spaces and it said as in purchase instead of byMust be Helen stop Probably no one will read this anyway Since it's all run together But I might edited and then run it I think Gilbert may be coming over today to work on my other bathroom So far He has the subfloor down looking great The bathtub is installed but water not hooked up to it The outside wall is up and sheetrocked both in walls are sheetrocked And I have painted The walls that are up A Grayish green color I think it looks very pretty The other walls I'm going to paint white or off-white So far We don't have other walls done I have purchased Everything for the bathroom except for small incidentals And so we are ready Whenever whenever Gilbert decides to start in on the rest of it Greg Easier with just one bathroom
I think that is all I can't figure out How to get the phone to let me put in punctuation so This is probably long enough With all this run together Should be fun to read
Sent from my Samsung Galaxy smartphone.
Posted by Sister--Fleta at 7:04 AM 3 comments: