Is clearing up, thanks to Marvin and his Marvelous Weed B Gone. 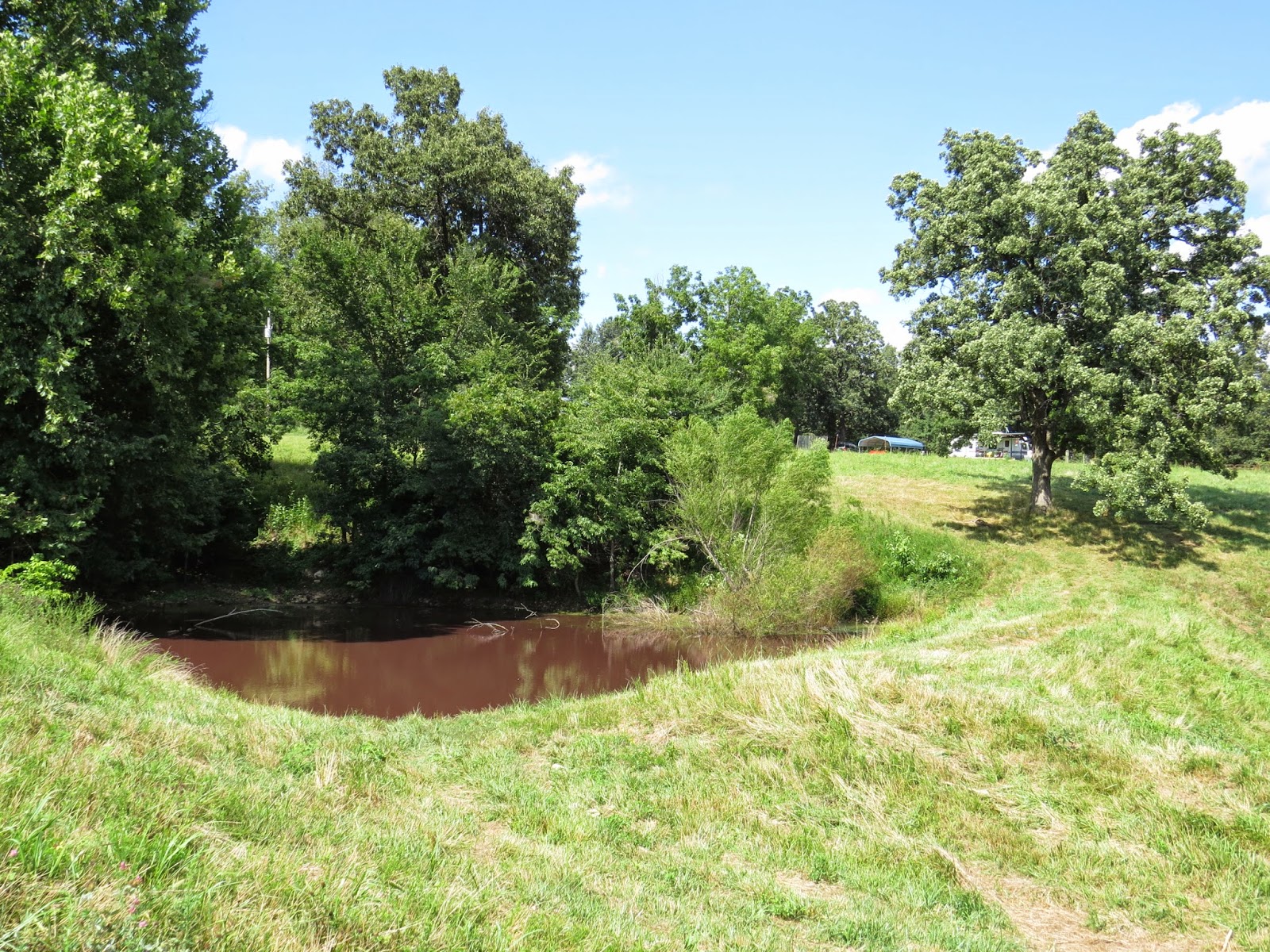 Almost no green, only reddish brown. 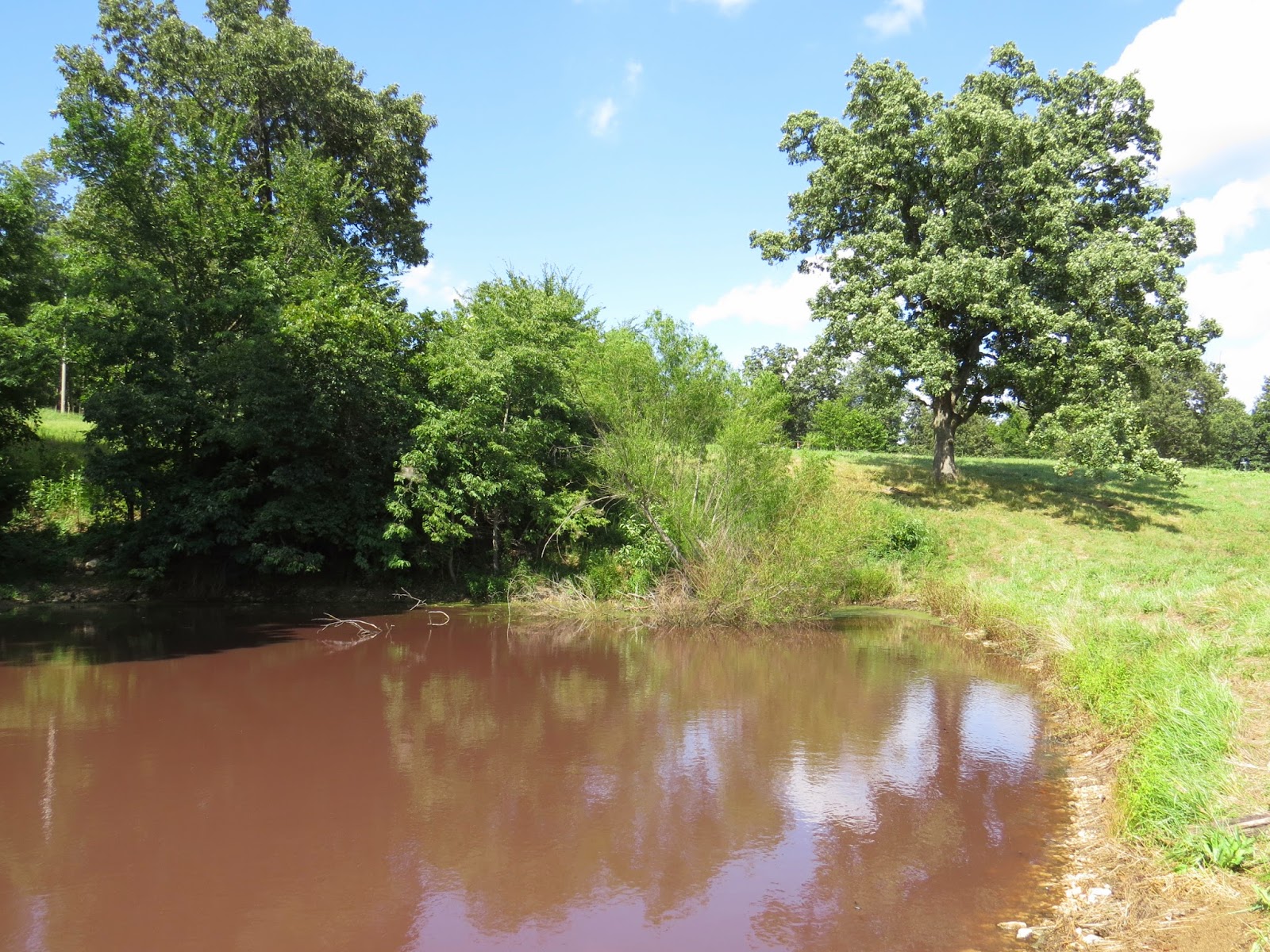 There is a little algae left around that willow tree on the far side.  George and Greg are hoping the will dies, but I like it.
Posted by Sister--Fleta at 5:07 PM 2 comments:

I went to the Dr.yesterday just for a checkup.  I have thought I probably had high blood pressure, and now I have blood pressure meds.  I have to go back in two weeks to see if it is working.

I went back to work today.  We were snowed under all day.  We have an audit next week, so it will not get better until the end of next week at least.

Not much news.  It is hot again.

Kids start to school in two weeks.
Posted by Sister--Fleta at 8:05 PM 5 comments: 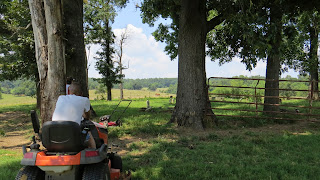 We mowed the cemetery today.  George took the big mower down.  We still had to do over half of it with the push mower, but the big mower really made fast work of what he could get to.  It took us less than an hour and a half, when our best time before was about 3 or 4 hours. 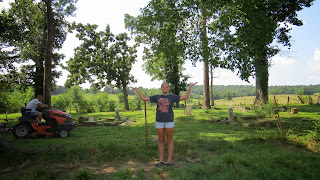 Emmy thinks she did most of the work, cause she sat and in the truck and made sure no one made off with it while we mowed. Sister ran the weed eater.  It looks pretty good now.  If it does not rain till fall, which is likely here, we will not have to mow again.  Last year it did not rain after June first.
Posted by Sister--Fleta at 7:42 PM 2 comments: 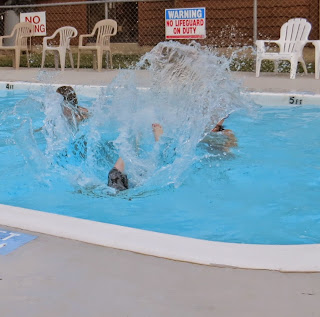 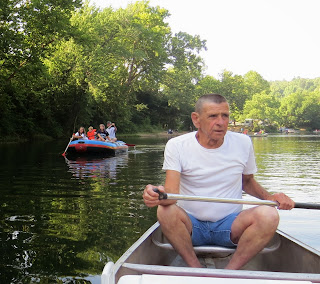 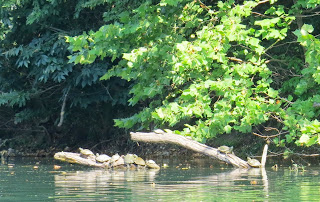 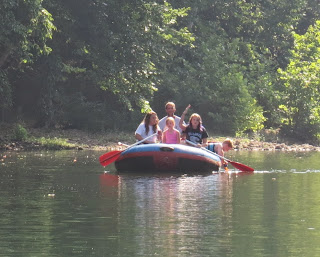 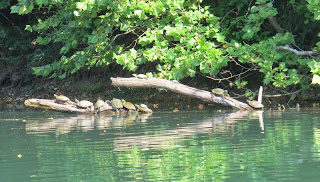 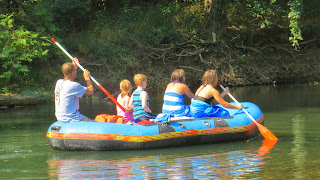 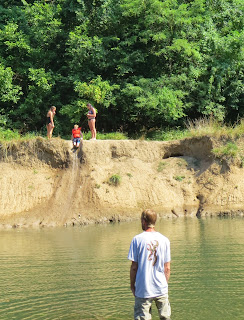 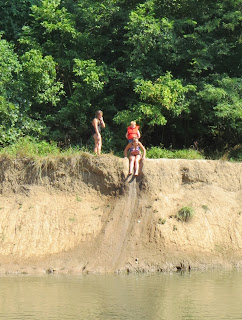 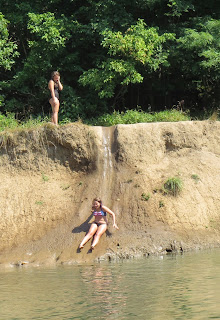 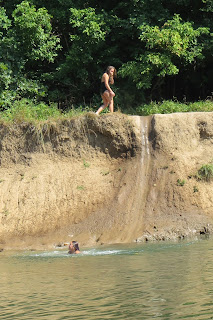 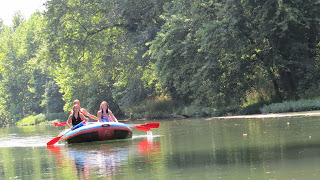 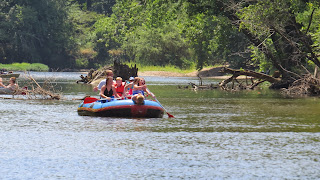 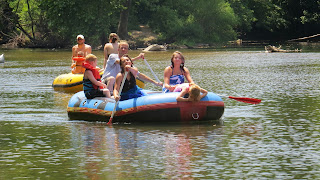 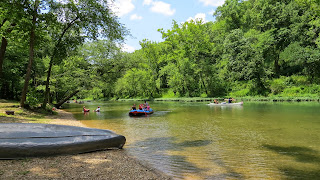 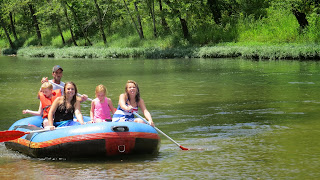 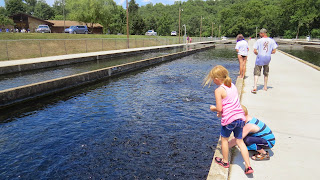 Friday we [George, me, Hannah, Robert, JR, Emmy, and Sam] drove up to Lebanon, MO to take a little float trip on the Niangua River.  We enjoyed the float on the Buffalo last month and wanted to try a new location, or new to us.  I know Winnie and Mike have a camper there and go fly fishing in the river a lot, so someone said I should ask her about the float.  But, I knew better because everything is on the web now.  Well, maybe I should have tried to get a little unbiased info from someone who knew the area.  The river was wonderful for floating, the area was beautiful, but on a Saturday in August, the river so really congested with hundreds of drunks in yellow rafts doing what drunks do, being loud and stupid. If you are looking for a place to take a family with children floating and are considering the Niangua, all I can say is Don't.

Actually, we did have a good time, but I just did not expect to see so many obviously highly intoxicated humans clogging the river to the point it was a challenge to even navigate through the blockades.  If this had been on the Buffalo, you could see pictures on the national news today of hundreds of people being carted off in paddy wagons.

Just take this as a warning, a float trip on the Niangua River on a Saturday in August is strictly  R rated.  Definitely not  a good family outing.

Still, we did all have fun.  And, the last two hours of the float, we had left all the drunks far upstream, providing an enjoyable time on the river.

And, the kids thought the best part of the trip was swimming in the motel pool till almost 10 each night.  I thought that was a little late for our two little one, but I decided to consider it summers last hurrah.