Books for the weekend 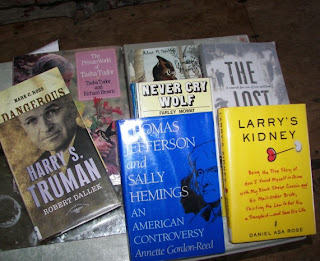 I went to the Berryville library and got these books.
A primate’s Memory by Robert M. Sapolsky, some thing about life among the baboons

Never Cry Wolf by Farley Mowat about wolfs in Alaska, I think

Larry’s Kidney by Daniel Asa Rose, a true story about going to china to get a kidney, I think

The Lost, a search for six of six million by Daniel Mendelsohn, about trying to find out what happened to his Jewish family during WWII, I think

Harry S. Truman by Robert Dallek, about a Missouri Democrat, I think

The private world of Tasha Tudor, about an old woman in Vermont or Conn., I think but I like her photo on the front.

I am going to read this weekend. I am starting with the Jefferson book. I got one by this author last week named The Hemings of Monticello. I enjoyed reading it. I hope there is at least two of these I will like. I bet Helen would like to read some of these. I will let you know about the good, bad and ugly.
Posted by Sister--Fleta at 7:23 PM 3 comments: 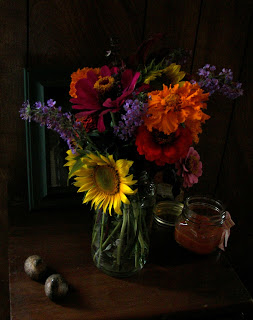 I have flowers of many colors in my yard, mostly thanks to Patsy and her Zinnia seeds. I have them growing all over. I like them so much because they are no trouble and they are so colorful. And, I now have a dozen or so sun flowers that came up under the bird feeders. Just the same, my many vines are still just green vines with almost no blooms and the rose of Sharon bushes are still not blooming, but thanks to the Zinnias, I have blooms of many colors.
Posted by Sister--Fleta at 7:03 PM 2 comments: 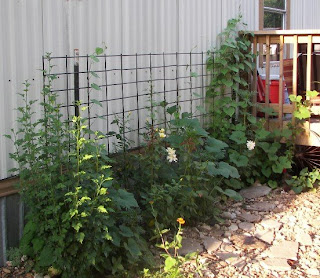 The no blooming vines. 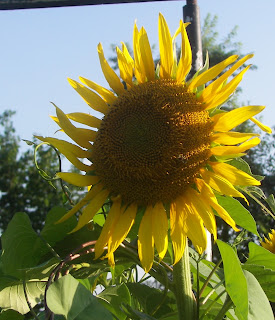 I have lots of sunflowers and other things that need rain... 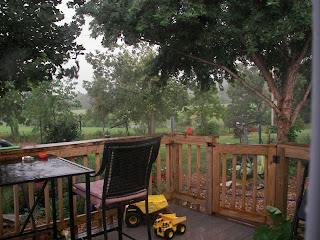 We have gotten a half inch of rain already this morning and at 7:30 it is raining hard again. It feels so good to have a nice rain in July. 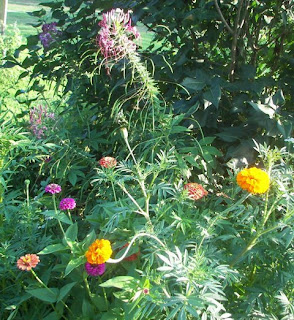 These are some of my bloomers. I have lots of zinnia and marygolds. The vines I planted on the panel next to the deck are running wild, but nothing there is blooming except the roses. They are yellow roses. When Helen was here she said she did not like yellow roses. I have 4 yellow roses now and I don't much like them either. When they bloom, the bloom looks very pretty the first day. Then it fades to a pale off white color. Red and pink roses keep their true color much better than the yellow.
Posted by Sister--Fleta at 7:29 AM 3 comments: